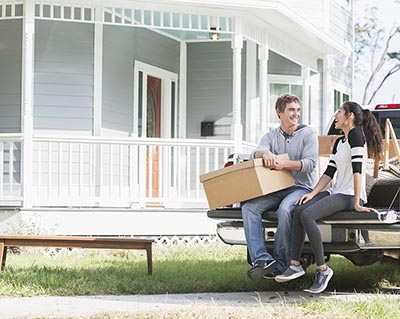 Over the past decade, expensive coastal metropolitan areas with thriving economies and limited housing stock have attracted younger, more educated, and higher-paid Americans, pushing other residents out and keeping home prices elevated.

That’s according to a new analysis by BuildZoom Chief Economist Issi Romem, which examines a trend he calls “positive income sorting.” This pattern indicates that income differences between people moving into pricey U.S. coastal cities and those moving away is more pronounced than in other areas of the country.

As the nation’s most expensive place to call home, Romem says that the Bay Area serves as an extreme example of positive income sorting. Between 2005 and 2016, households moving to the San Jose-San Francisco-Oakland metro area earned median annual incomes of $70,015, which is $12,640 more than those who left the region. Other high-priced coastal metro areas such as Los Angeles and New York display similar trends.

People migrating to the Bay Area are also slightly younger than those who are moving away. During the aforementioned 12-year period, those moving to the region had an average age of 38.6, compared with out-migrants, who were almost 41 years old.

Similarly, Americans who are moving to the Bay Area to take advantage of the region’s booming economy are more likely to be educated than those who can no longer afford to live here. Sixty-percent of in-migrants who were head of a household had a four-year college degree or higher, while slightly less than half of those leaving had the same.

Romem says that positive-income-sorting trends suggest that Americans move to high-priced coastal cities when they are young, then flee to less expensive areas of the country once they are ready to start families. He told The Mercury News that the Bay Area’s extreme cost of living makes it “almost impossible for many families to put down roots.”

Positive income sorting helps sustain home price growth in coastal job centers, but it could also jeopardize those cities’ economies by forcing employers to keep only the most productive positions that pay well enough to compensate for the high cost of living. The answer, Romem says, is of course to build more housing in these areas, a process that can unfortunately can be quite difficult in California according to recent research from John Burns Real Estate Consulting.