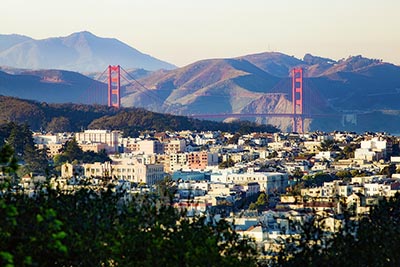 While U.S. home price appreciation is expected to moderate in the coming year, price growth in California should increase slightly, putting it at double the national rate by the end of 2018.

That’s according to CoreLogic’s latest Home Price Index, which says that U.S. home prices increased by 7.0 percent in November on an annual basis, the fourth consecutive month that growth has topped 6 percent. Looking ahead to November 2018, the company projects that home prices will be up by 4.2 percent year over year.

As in October, annual price appreciation in the San Francisco metro area and California outstripped the national rate in November, growing by a respective 8.9 percent and 8.0 percent. CoreLogic projects 8.4 percent annual appreciation in California by November of this year.

While sustained price growth is of course welcome news for sellers, it presents a daunting challenge for buyers, particularly those trying to enter the market for the first time.

Unfortunately, the nation’s housing inventory situation is not expected to improve significantly in 2018. According to a recent list of real estate predictions by Pacific Union Chief Economist Selma Hepp, though single-family home construction is expected to pick up this year, it will be insufficient to meet buyer demand. And the homes that are being built are aimed at move-up buyers, further exacerbating the situation for first-timers. Like Nothaft, Hepp believes that affordability will continue to decline, particularly in areas of the country with thriving job markets and not much new construction.