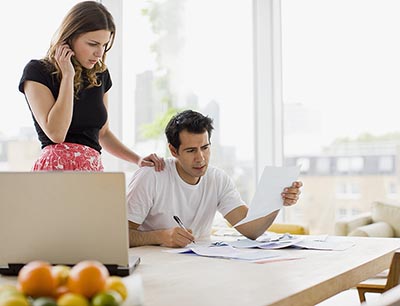 The economic fundamentals that fuel mortgage performance are at their healthiest levels in two decades, causing delinquency rates to fall nationwide, in the Golden State, and across the Bay Area.

That’s according to CoreLogic’s most recent Loan Performance Insights report, which tracks mortgage delinquency and foreclosure rates through September of this year. The number of U.S. borrowers who were more than 30 days late on their mortgage payments dropped to 5.0 percent to reach the lowest in a decade, as The Mercury News reports. Foreclosure rates also declined on an annual basis, and they now represent just 0.6 percent of properties with a mortgage.

“The combination of strong job growth, low unemployment rates, steady economic performance and prudent underwritings has led to continued improvement in mortgage performance heading into next year,” CoreLogic President and CEO Frank Martell said in a statement accompanying the report.

CoreLogic Chief Economist Frank Nothaft told The Mercury News that both the Bay Area’s high-performance economy and steady home price appreciation were behind the region’s low delinquency and foreclosure rates.

“If prices are rising, that helps homeowners build equity wealth,” Nothaft said. “And the more equity wealth you have, the less likely it is that you’re going to let your home go into foreclosure — because you would lose all that wealth.”

Bay Area homeowners are in fact the nation’s most equity-rich, defined as those who have loans totaling 50 percent or less of the property’s estimated value. According to a recent ATTOM Data Solutions report 61 percent of borrowers in the San Jose metro area and 56.4 percent of mortgage holders in San Francisco were classified as equity-rich.