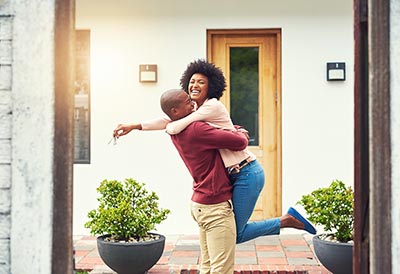 Golden State housing inventory again improved in November while price appreciation continued to moderate, finally presenting more promising prospects for buyers who have been shut out of the market.

The latest home sales and price report from the California Association of Realtors says that active listings throughout the state increased for the eighth consecutive month in November, a year-over-year gain of 31 percent. The monthly supply of inventory for single-family homes was 3.7, still slanted in favor of sellers but up from the 2.9 recorded at the same time last year.

Statewide, the median sales price for a single-family home was $554,760, an increase of 1.5 percent from November 2017. The nine-county Bay Area and the Los Angeles metro area also saw slowing annual appreciation, a respective 0.6 percent (to $905,000) and 2.3 percent (to $512,000). According to CAR, Bay Area home prices posted double-digit-percent growth for 14 straight months before beginning to cool in September.

“The slowdown in price growth is occurring throughout the state, including regions that have strong economic fundamentals such as the San Francisco Bay Area,” CAR Senior Vice President and Chief Economist Leslie Appleton-Young said. “The deceleration in home price appreciation should be a welcome sign for potential buyers who have struggled in recent years against low inventory and rapidly rising home prices.”

Four Bay Area counties saw home prices slow from one year earlier: Sonoma (down by 6.5 percent), Marin (down by 4.6 percent), San Francisco (down by 3.8 percent), and Santa Clara (down by 2.5 percent). Elsewhere across the region, appreciation ranged from 9.8 percent in Solano County to 0.2 percent in Napa County. San Mateo County had the state’s highest median sales price in November, at $1,500,000.

All six Southern California counties posted appreciation from one year earlier. The median sales price in Los Angeles County was $553,940, up by 4.3 percent on an annual basis.

The rebalancing of market conditions between homebuyers and sellers — noted in a recent analysis of Bay Area November home sales activity by Compass Chief Economist Selma Hepp — was also evident in the slowing pace of sales. Golden State homes sold in a median of 28 days, six days longer than they did one year ago. The Bay Area and the Los Angeles metro area also saw the median time on market increase from last November, ticking up to a respective 23 days and 32 days.

Home sales posted annual double-digit-percent declines statewide, in the Bay Area, and in Los Angeles. While CAR notes that the sales decrease is an indicator that many buyers are waiting on the sidelines, President Jared Martin pointed out that shifting market conditions combined with tapering mortgage rates present serious California homebuyers with a window of opportunity.