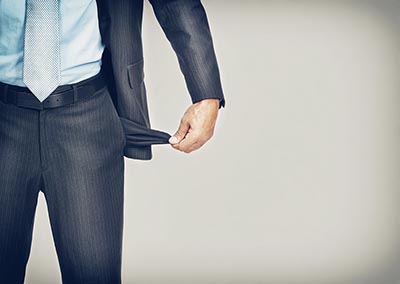 Inventory shortages continue to drive up Golden State home prices, further reducing the number of households that can afford to purchase a home. Here in the Bay Area, affordability improved slightly from the second quarter, though four local counties have the most difficult conditions in the state.

The California Association of Realtors’ latest Housing Affordability Index says that 28 percent of households could afford to purchase the median-priced $555,860 single-family home in the third quarter, down on both a quarterly and annual basis and the lowest in 10 years. Affordability has now dropped to half of its peak level of 56 percent, set in the first quarter of 2012.

The average California household needs to earn $112,100 per year to afford the median-priced home, more than double the U.S. minimum qualifying income of $51,240. That translates to a monthly payment of $2,800, assuming a 20 percent down payment and a 30-year, fixed-rate mortgage with an effective composite interest rate of 4.16 percent.

In the nine-county Bay Area, 23 percent of households could afford to buy the median-priced $860,000 home, up from 21 percent in the second quarter but down from 27 percent in the third quarter of 2016. Bay Area homebuyers require annual incomes of $173,500, which means a monthly mortgage payment of $4,340.

Six Bay Area counties were among the 15 in the state to see affordability improve from the second quarter — albeit slightly. Affordability increased by 1 percentage point in Alameda, Marin, Napa, San Francisco, and San Mateo counties and was up by 2 percent in Contra Costa County. The number of households who could afford to purchase a home declined by 1 percent in Solano County and was flat in Santa Clara and Sonoma counties.

CAR notes that the slight affordability improvements in San Francisco and Marin counties were due to home prices that cooled by about $80,000. Still, San Francisco remains California’s least-affordable county for buyers, with just 13 percent of households able to purchase the median-priced $1,370,000 home. Buying a home in San Francisco requires a minimum yearly income of $276,380 to make the monthly mortgage payment of more than $6,900.

The 15 percent of San Mateo County households that can afford to purchase the median-priced $1,441,250 home face the largest monthly mortgage payments in California: $7,270. Santa Clara and Marin were also among the state’s five least-affordable counties, with a respective 17 percent and 18 percent of households able to quality for a mortgage.

On a national level, the San Francisco metropolitan area ended its nearly five-year run as the nation’s least-affordable housing market in the third quarter, according to the latest National Association of Home Builders (NAHB)/Wells Fargo Housing Opportunity Index. Los Angeles now owns the dubious title of the least-affordable U.S. housing market, with 9.1 percent of households able to qualify for a mortgage on the median income.