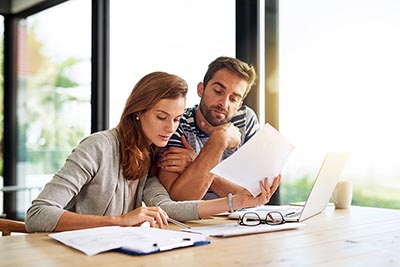 Homes in California and the nine-county Bay Area were slightly more affordable than they were in the second quarter, though less than one-third of households meet the minimum income requirements to qualify for a mortgage. Meanwhile, affordability conditions in Los Angeles County trended in the opposite direction.

The California Association of Realtors’ latest Housing Affordability Index says that 27 percent of state households could afford to purchase the median-priced $588,530 existing single-family home in the third quarter, up from 26 percent in the second quarter but down from 28 percent at the same time last year. California households need to earn a minimum annual income of $125,540 to afford to make the $3,140 monthly housing bill, assuming a 20 percent down payment and a 30-year, fixed rate mortgage at 4.77 percent.

Less than 30 percent of California residents have been able to afford a home for five of the past eight quarters. Affordability peaked in early 2012, when nearly 60 percent of Golden State households met the minimum qualifying income requirements.

In the Bay Area, 21 percent of residents could afford to buy the median priced $950,000 home, up from the second quarter but down from 23 percent in the third quarter of 2017. Bay Area households need minimum qualifying incomes of about $200,000 to make monthly mortgage payments that average $5,070. Across the region, the number of households who can afford a real estate purchase ranges from 14 percent in San Mateo County to 38 percent in Solano County.

As California’s two most expensive counties, with third-quarter median sales prices of $1,600,000, San Mateo and San Francisco homebuyers must make nearly $350,000 per year and can expect to shell out monthly mortgage payments of more than $8,500. Marin and Santa Clara counties followed, with required annual incomes of about $277,000 to make the monthly payments of $6,930 on the median-priced $1,300,000 home.

In Los Angeles County, 22 percent of residents could afford the median-priced $628,940 single-family home, down from 26 percent in the second quarter and unchanged from one year earlier. Homebuyers in Los Angeles must pull in $134,160 each year to pay monthly mortgage bills of $3,350.

California home shoppers will almost certainly continue to grapple with affordability challenges as mortgage rates increase. The latest numbers from Freddie Mac put 30-year, fixed-rate mortgages at 4.83 percent for the week ended Nov. 1, up from 3.94 percent at the same time last year. A recent CAR forecast projects that mortgage rates will reach 5.2 percent by the end of 2019, which would reduce the number of Golden State households who can afford to buy a home to 25 percent.