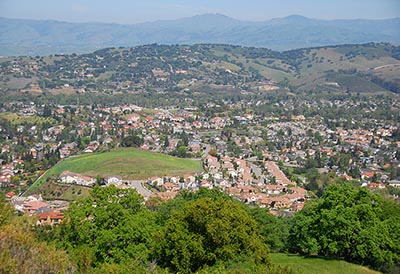 That’s according to a recent realtor.com report, which notes a general tempering of the U.S. housing market, particularly in the largest metropolitan areas. Those 45 markets saw inventory grow by 10 percent year over year in December, double the national rate. In 38 of those areas, price reductions increased from one year earlier.

“Sellers are adjusting their strategies, especially in slowing, pricey markets with growing availability of homes for sale,” realtor.com Danielle Hale Chief Economist said in a statement.

That certainly applies to the San Jose metro area, where active listings jumped by 158 percent since December 2017, the largest such gain in any of the cities for which realtor.com tracks data.  San Jose also posted the country’s biggest annual list price decrease (down by 12 percent) and largest increase in the number of homes with price reductions (up by 10 percent). Homes in the region took two weeks longer to sell than they did at the same time last year.

San Francisco saw the nation’s second-biggest price drop, with the median list price down by 4 percent. The region had 74 percent more active listings than it did in December 2017, with homes taking six days longer to sell.

Although not as pronounced as in the Bay Area, the Los Angeles real estate market followed the same general trend. There, buyers had 33 percent more active listings to choose from than they did last December, with the median list price unchanged. Price cuts were up by 5 percent, and homes took five days longer to leave the market.

Hale noted that while the extra inventory and uptick in price reductions might pull deeper-pocketed buyers back into the market, those seeking starter homes are still grappling with limited supply conditions.