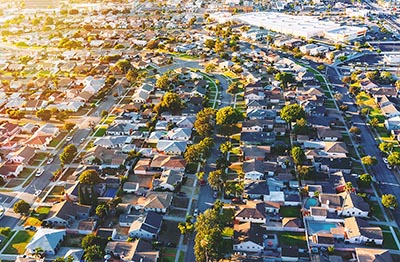 A continued shortage of homes for sale pushed California’s median home sales price to a new record for the first time since the previous housing boom, with the Bay Area recording double-digit percent annual growth for the 11th straight month.

The latest monthly home sales and price report from the California Association of Realtors puts the median sales price for a single-family home in the state at $600,860 in May, up 9.2 percent year over year for the highest annual rate of appreciation in four years. California’s median price surpassed its previous peak of $594,530, recorded 11 years ago.

“As we predicted last month, California’s statewide median home price broke the previous pre-recession peak set in May 2007 and hit another high as tight supply conditions continued to pour fuel on the price appreciation fire,” CAR Senior Vice President and Chief Economist Leslie Appleton-Young said in a statement accompanying the report. “With inventory starting to show signs of improvement, however, home price appreciation could decelerate in the second half of the year, especially since further rate increases are expected to hamper homebuyers’ affordability and limit how much they are willing to pay for their new home.”

The median sales price for a single-family home in the nine-county Bay Area climbed to $1,088,000, up by 16.4 percent from May 2017, marking the second straight month the region hit a new peak. Home prices rose on an annual basis in all nine counties, ranging from 18.9 percent in Alameda County to 4.3 percent in Napa County.

As Appleton-Young noted, California’s monthly supply of inventory improved slightly from May 2017 to end the month at 3.0, but supply conditions remain firmly in favor of sellers. The nine-county Bay Area had a 2.0-month supply of homes for sale as of May, down from 2.1 on both a monthly and annual basis. Four of the Bay Area’s million-dollar counties had the fewest homes per sale in the state: San Francisco (1.5), and Alameda, San Mateo, and Santa Clara (all 1.6)

A shortage of homes on the market means that buyers throughout California are acting quickly. Statewide, homes sold in an average of 15 days, while buyers in the Bay Area closed deals in an average of 12 days. As in April, Santa Clara County was the state’s fastest-paced housing market, with the average home finding a willing buyer in just eight days.