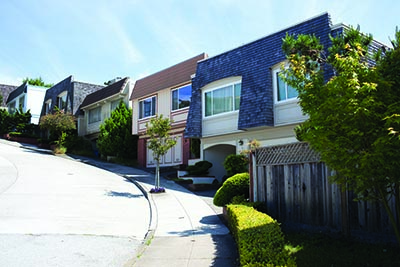 A lack of homes for sale continued to drive Golden State prices in June, with the nine-county Bay Area posting double-digit percent annual appreciation for the 12th straight month.

The California Association of Realtors’ latest monthly home sales and price report says that the state’s median single-family home price was $602,760 in June, a year-over-year gain of 8.5 percent. June marked the second month in a row that state home prices reached a new peak. California home prices have risen on an annual basis for more than six years and currently show no signs of leveling off, according to CAR.

In what has become a familiar refrain, CAR attributed the statewide and regional price growth to a shortage of homes on the market. Although active listings increased for the third consecutive month and were up by 8.1 percent from last June, the market remains tilted in favor of sellers, with a 3.0-month supply of inventory.

Properties continue to leave the market at a rapid clip, with California single-family homes selling in a median 15 days, identical to the pace of sales in both May and June 2017. Bay Area homes sold in 13 days, with Santa Clara County again posting the fewest median days on the market in California, with homes finding a buyer in nine days.