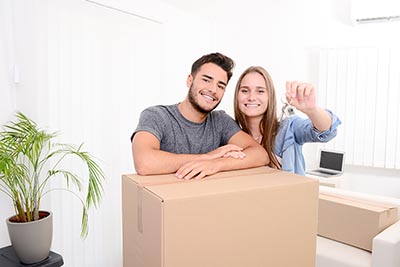 Although mortgage rates remain favorable and the U.S. job market is chugging right along, tight affordability conditions and student debt are among the factors preventing more first-time buyers from diving in to the housing market.

The National Association of Realtors’ 2017 Profile of Home Buyers and Sellers says that first-time homebuyers have accounted for 34 percent of U.S. transactions over the past year, down from 35 percent the previous year. On average, first-time buyers have been responsible for 39 percent of activity each year since 1981.

In a statement accompanying the report, NAR Chief Economist Lawrence Yun attributed the lower-than-average level of first-time buyer activity to what has become a common theme in real estate news: inadequate inventory to meet demand.

“Solid economic conditions and millennials in their prime buying years should be translating to a lot more sales to first-timers, but the unfortunate reality is that the nation’s homeownership rate will remain suppressed until entry-level supply conditions increase enough to improve overall affordability,” he said. “Listings in the affordable price range drew immediate interest, and the winning offer often times had to waive some contingencies or come in at or above asking price to close the deal.”

Besides unfavorable supply conditions and intense competition for available homes, student loads are also conspiring against millennials and other first-time buyers. Forty-one percent of first time-buyers had student loans that average $29,000, with both numbers rising slightly from last year’s survey.

The average down payment size for first-time buyers trended in the opposite direction, dropping from 6 percent in 2016 to 5 percent in this year’s survey. Personal savings ranked as the main source of down-payment funds, followed by gifts from family members and friends.

One-quarter of survey respondents said that amassing the down payment was the most difficult part of purchasing a home, and more than half of those pointed to student loans as a factor that delayed them. A separate NAR survey released six weeks ago found that more than eight in 10 millennials expect student loans to delay a home purchase by up to seven years.

Here in expensive California, first-time buyers face even more obstacles to homeownership, according to a pair of 2017 studies. This spring, an analysis by Bankrate.com CFA Claes Bell ranked the Golden State as the toughest U.S. market for first-time homebuyers. And in July, a WalletHub study found that 75 percent of America’s least affordable markets for first-time buyers were located in California, with both Berkeley and Oakland ranking in the top five.