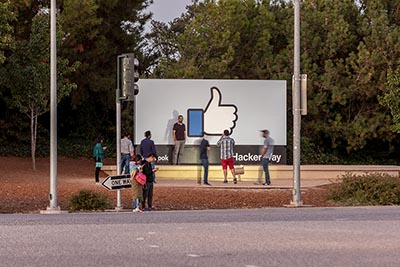 The planet’s best-known social network has earned top honors as the best Bay Area company to work for, though tech firms actually do not dominate the rankings.

Employee reviews and ratings on job-search portal Indeed peg Menlo Park-based Facebook as the top place to work in the Bay Area. Although Facebook employees admit that the work environment can be pressure-packed and stressful at times, they praise their colleagues for helping to motivate them to perform at the highest level. And the company’s perks — such as free haircuts and meals — certainly don’t hurt, either.

San Francisco’s Salesforce.com ranks in the No. 2 position on Indeed.com’s list. The customer relationship management software vendor earns points with its employees for excellent compensation and benefits packages, as well as for its philanthropic efforts.

Employees want to work at Facebook and Salesforce.com so much that many are willing to brave the high cost of moving to the Bay Area take a job with the two tech titans. A recent analysis by Glassdoor Chief Economist Dr. Andrew Chamberlain found that Facebook and Salesforce.com are the top two companies attracting the most applications from people searching for a job in the Bay Area who do not already live here.

Tech companies of course account for a substantial number of the firms named to the list of the Bay Area’s 20 best workplaces, rounded out by Airbnb, SAP, Adobe Systems, Apple, Microsoft, eBay, and Cisco Systems. But more than half of of the Bay Area’s best places to work are not in the techsector, including Kaiser Permanente, Johnson & Johnson, Bristol-Meyers Squibb, and Charles Schwab.

The companies named to the list of the Bay Area’s top workplaces are helping to fuel and sustain the region’s booming economy and exceptionally healthy job market. According to an analysis of California’s latest jobs report by Pacific Union Chief Economist Selma Hepp, no Bay Area county had an unemployment rate higher than 2.7 percent in May.