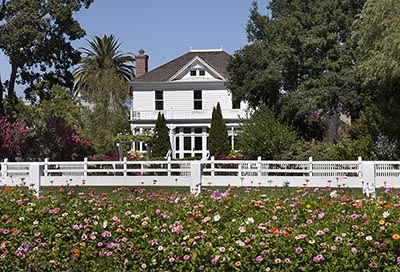 Hot on the heels of a report that both California and Bay Area home prices reached new highs in May comes news that U.S. home prices followed suit, once again the result of more buyer demand than properties for sale.

That’s according to the latest existing home sales report from the National Association of Realtors, which puts the median price for a U.S. property – including single-family homes, condominiums, townhouses, and co-operatives — at $264,800 as of May, up 4.9 percent year over year and an all-time high. Home prices rose on an annual basis for the 75th straight month, while supply dropped to 1.85 million units, down 6.1 percent from May 2017 and the 36th consecutive month of annual declines.

“Inventory coming onto the market during this year’s spring buying season — as evidenced again by last month’s weak reading — was not even close to being enough to satisfy demand,” NAR Chief Economist Lawrence Yun said in a statement accompanying the report. As a result, homes continued to fly off the market, selling in an average of 28 days, nearly unchanged on a monthly or yearly basis.

May real estate market conditions in California and the Bay Area followed national trends but also represent an extreme example of the nation’s supply-and-demand imbalance. The Golden State’s single-family home median sales price reached a new all-time high of $600,860 last month, while the nine-county Bay Area followed suit at $1,088,000, according to the latest home sales and price report from the California Association of Realtors.

Four Bay Area counties — Alameda, San Francisco, San Mateo, and Santa Clara — have the state’s most severe inventory shortages. Homes in those four counties combined sold in an average of in 11 days in May, CAR’s research says.

In a bit of good news for the nation’s housing-supply problem, the National Association of Home Builders reports that housing starts climbed to the highest level in almost 11 years in May. Still, that may not be enough to put much of a dent in America’s inventory crisis, according to realtor.com Chief Economist Danielle Hale, who says that current construction rates still fall 30 percent below demand levels.

“People who are in the market will find these housing completions will make a difference … but it’s still going to be competitive for buyers because there’s still not enough,” she said.