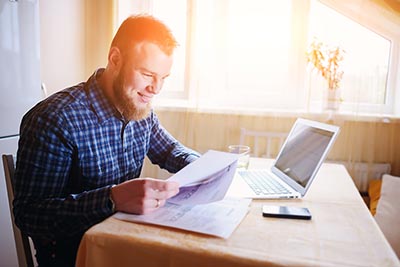 Although current housing market conditions may be reminiscent of the period leading up to the Great Recession, an excellent job market and stricter lending standards should prevent another bubble from forming.

A realtor.com report says that the national median sales price was $236,000 in 2016, 2 percent higher than it was a decade earlier. Thirty-one of the nation’s 50 largest metro areas have seen home prices return to prerecession levels, including the Bay Area’s two largest cities.

In the San Jose metropolitan area, the median home price was $1,014,864 last year, making it the nation’s only seven-figure major housing market. Prices in San Jose were 31.5 percent higher than they were in 2006, but even that significant growth was not enough to rank it in the top 10 U.S. markets for highest appreciation. The median home price in the San Francisco metro area rose by a more modest 9.6 percent over the past decade, ending 2016 at $825,370.

Several recent reports, including one from Freddie Mac, say that the chances of another housing bubble are low, and realtor.com’s analysis supports those theories.

“As we compare today’s market dynamics to those of a decade ago, it’s important to remember rising prices didn’t cause the housing crash,” realtor.com Chief Economist Danielle Hale said in a statement accompanying the report. “It was rising prices stoked by subprime and low documentation mortgages, as well as people looking for short term gains — versus today’s truer market vitality — that created the environment for the crash.”

Current lending standards are more stringent than they have been in two decades, which Hale says is critical to the housing market’s overall health. Americans also have better average credit scores than they did before the recession, 734 in 2017 compared with 700 in 2006.