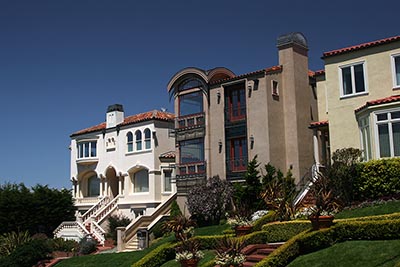 Nationwide, luxury homes are selling faster than ever this spring, with California counties well represented on a list of markets where prices for high-end properties are appreciating the most.

That’s according to realtor.com’s 2018 Luxury Home Index, which tracks data for the top 5 percent of residential real estate sales in 91 U.S. markets. Prices for luxury homes rose by double-digit percent in about one-fifth of those counties, with high-end homes selling in an average of 91 days, the fastest pace of sales recorded at that segment of the market since realtor.com began tracking that data point.

“The strong economy is bolstering demand for luxury homes,” realtor.com Chief Economist Danielle Hale said. “They are selling fast and demand for these homes has pushed the entry level price point to more than $1 million in half of the markets studied.”

California counties account for seven of the nation’s 20 fastest-appreciating luxury markets, led by Santa Clara. Luxury home prices there are up by 14.0 percent year over year to $2,807,000, making it America’s fourth fastest-growing housing market for high-end properties.

Santa Clara County has been posting robust appreciation regardless of price point. According to a new analysis by Pacific Union Chief Economist Selma Hepp, home prices in the county were up by 20 percent year over year in July, the largest increase in the Bay Area.

Santa Cruz and San Mateo counties also cracked the top 10 on realtor.com’s list, with respective annual price growth of 12.9 percent and 12.8 percent. San Mateo County has the most expensive home prices of any of the top 20 luxury markets, at $3,500,000.

The Golden State’s other top-performing luxury housing markets: Sonoma (9.9 percent growth), San Luis Obispo (9.8 percent growth), Sacramento (9.7 percent), and Marin (9.4 percent). While Sacramento County is one of the most affordable luxury markets on the list, at $678,000, Marin was the only one besides San Mateo where prices for high-end homes exceeds $3 million.