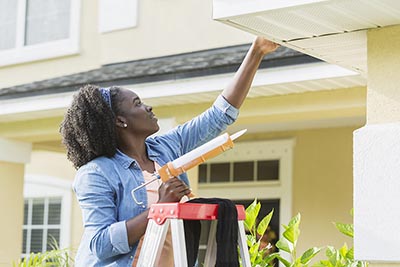 Millennials are more likely than other generations to describe themselves as handy around the house, although they actually have the least experience at do-it-yourself projects.

That’s according to survey results from Porch.com, which assesses the household handiness of baby boomers, Gen Xers, and millennials. More than 69 percent of the latter group describe themselves as handy, compared with about 61 percent of Gen Xers and baby boomers. Male millennials were even more likely to tout their home-maintenance skills, with nearly 79 percent calling themselves handy.

Millennials are more likely than older generations to make repairs themselves, cited by 55 percent of respondents in that age group. Millennials are also three times less likely to call a handyman than baby boomers, perhaps deterred by costs.

Millennials also have less knowledge of common household repair tools than baby boomers of Gen Xers. Nearly 20 percent of millennials did not know the difference between a flat-head screwdriver and a Philips-head screwdriver. They were also less able than older generations to identify Allen wrenches, air compressors, hacksaws, and C-clamps.

Even if they may not have as much repair and remodeling know-how as older generations, millennial homeowners are pumping a significant amount of money into the home-improvement industry, an average of $26,000 per year.