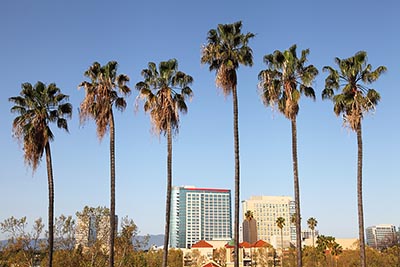 The supply of homes for sale declined on a both a monthly and yearly basis in California and the Bay Area in December, pushing prices up by double-digit percentage points in seven of nine local counties.

The latest monthly report from the California Association of Realtors puts the median sales price for a single-family home in the state at $549,560 in December, a year-over-year gain of 7.6 percent. In the nine-county Bay Area, the median sales price was $885,030, up by 14.1 percent from December 2016. It was the sixth consecutive month that Bay Area home prices increased by double-digit percentage points on an annual basis.

In what has become a common them over the past few years, CAR attributes the state’s price growth to more willing buyers than homes on the market but cautions that the recently enacted tax changes could cause demand to cool.

“A severe shortage of homes for sale continues to push up home prices and erode affordability, which in turn is subduing home sales,” CAR President Steve White said. “What’s more, with the passage of the tax reform bill that makes homebuying less attractive, homeownership costs will increase for many, which could reduce the desire and demand for buying a home.”

California’s monthly supply of inventory was 2.5 in December, down on both a monthly and yearly basis and the lowest level recorded in more than 13 years. Statewide, active listings dropped by 12 percent from last December.

The nine-county Bay Area followed that trend, with the monthly supply of inventory declining to 1.3, down from November and December 2016. Inventory dropped in eight of nine counties year over year, with only San Francisco seeing a barely perceptible increase. San Mateo and Santa Clara counties had the state’s most pronounced inventory shortages, both with a 0.9-month supply of homes on the market.

A limited number of homes for sale dictated that Bay Area homes sold fast last month, in an average of 17 days, more than a week faster than they did at the same time last year. Santa Clara County was California’s fastest-moving housing market, with homes selling in an average of nine days, followed by San Mateo (12 days), Alameda (13 days), and Contra Costa (16 days) counties.