Skip to content
Most California Renters Want to Own a Home 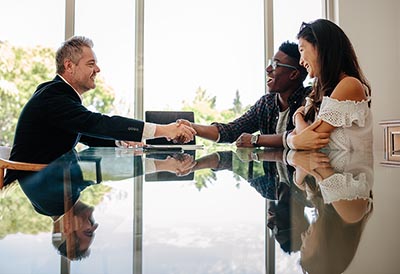 Even with limited affordability conditions, homeownership is still a cornerstone of the California dream, with 80 percent of renters in the state aspiring to purchase real estate.

That’s yet another key finding from the California Association of Realtors’ 2018 State of the California Consumer survey, in which four of five Golden State renters said that they want to own a home at some point in the future. Nearly half would be spurred to purchase real estate if their job situation improved, while 40 percent said that getting married or starting a family would prompt a buy.

Half of state renters told CAR that homeownership is very or extremely important to them. About 20 percent of Californians surveyed say that owning a home is a smart long-term investment, and a near-equal number think that purchasing real estate will give them more freedom than renting.

“It’s encouraging that the majority of renters still believe buying a home is more than just a shelter over their heads,” CAR President Jared Martin said in a statement. “While they may not be there yet, many renters are motivated to become homeowners as they recognize the many benefits.”

Factors preventing more renters from buying a piece of Golden State real estate include a lack of finances and low affordability. According to CAR’s latest Housing Affordability Index, only 27 percent of state households could afford the median-priced $588,530 single-family home in the third quarter.

Some renters may also be reluctant to enter the housing market due to limited financial knowledge or misinformation. About 40 percent are unfamiliar with credit-rating and loan details, while the same amount incorrectly believe that they need more than a 20 percent down payment to become homeowners.

While Californians who do successfully buy a home will likely pay a pretty penny for it, they will also escape sky-high rental costs. CAR says that California renters spend an average of $1,300 per month on housing, which represents 45 percent of the average income. And in the state’s largest coastal cities, where jobs are plentiful, renters can expect to shell out a lot more. Zumper’s December 2018 Rent Report puts the current cost of a one-bedroom apartment in San Francisco at $3,560, the highest in the U.S. Five other California cities — San Jose, Los Angeles, Oakland, San Diego, and Santa Ana — rank among America’s 10 most expensive rental markets, with monthly costs ranging from $2,480 to $1,880.