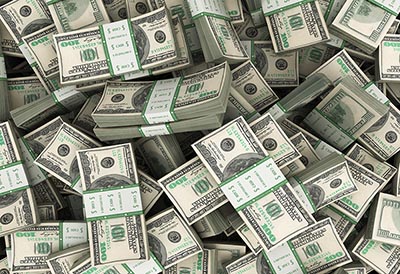 GOLDEN STATE HOMEBUYERS SHELL OUT SIX FIGURES ON A DOWN PAYMENT
American homebuyers placed the largest down payments in nearly 15 years in the third quarter, with those in major California metropolitan areas shelling out anywhere from five to 14 times the national average.

ATTOM Data Solutions’ latest U.S. Residential Property Mortgage Report puts the median down payment for single-family homes and condominiums in the third quarter at $20,250, the highest since the beginning of the century. That represents 7.6 percent of the median home sales price, the most since the last quarter of 2003.

California home shoppers who lack hefty down-payment resources may want to consider the Central Valley, where buyers put down $20,000 or less in Modesto, Fresno, and Bakersfield.

As Curbed SF reports, a measure on the ballot asked Brisbane residents whether the city should possibly construct up to 2,200 housing units on a plot of land known as Baylands. More than 55 percent of voters were in favor of the initiative, which does not actually authorize developing the housing units on the site but changes city plans to allow it.

The owner of the land, Universal Paragon Corporation, has sought to build housing there for more than a decade and has been met with fierce resistance from Brisbane locals. The company now must submit a specific building plan to the city for approval in hopes of finally bringing the Baylands development to fruition.

DECEMBER COULD BE AN OPPORTUNE MONTH FOR HOMEBUYERS
Conventional real estate wisdom dictates that the holiday season is one of the slowest times of the year for activity, but there are a few good reasons why shoppers might not want to pause this December.

A CNBC report says that U.S. homes stay on the market an average of five days longer in December than they do the rest of the year. And as realtor.com Chief Economist Danielle Hale told the publication, December is one of the best months to avoid competition from other buyers, as many are distracted by the upcoming holidays. In fact, listing views on realtor.com are 21 percent lower in Decemeber than they are the rest of the year.

Slowing home price appreciation combined with rising mortgage rates are prompting more homebuyers than usual to enter the market as 2018 nears its end. The latest numbers from Freddie Mac put 30-year, fixed-rate mortgages at 4.63 percent for the week ended Dec. 13, the lowest in three months but up from 3.93 percent at the same time last year.

THE COLOR OF 2019 AND HOW TO BEST USE IT IN A HOME
Color heavyweight Pantone has released 2019’s color of the year, a shade dubbed Living Coral, and a California newspaper has some tips on how to put it to work in your home.

Described as a “life-affirming shade of orange with a golden undertone,” the company says that Living Coral provides warmth, welcomes lighthearted activity, and fosters expression. In interior design, the color is said to work well with blankets, shag rugs, and upholstery, adding a dramatic touch to any room in which it is used.

The Mercury News offers some additional tips for incorporating Living Coral into a home, including pairing it with shades of grey or brown. The hue also helps brighten rooms that do not get much natural light and can be used as wall color for a more bold interior-design statement.