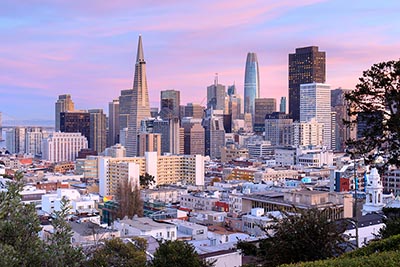 HOMEBUYER DEMAND CONTINUES UNABATED ACROSS THE COUNTRY AND BAY AREA
A insufficient supply of homes for sale continues to propel U.S. prices and cause properties to sell increasingly faster, with three Bay Area cities counting among the hottest U.S. real estate markets in February.

That’s according to realtor.com’s latest monthly analysis of the nation’s 20 most in-demand housing markets, as judged by the most listing views on its website and the quickest pace of sales. Nationwide, the median list price was $275,000 in February, up 10 percent from one year earlier. American homes found a buyer in a median of 83 days last month, 8 percent faster on an annual basis.

For the past few months, San Jose, Vallejo, and San Francisco have owned the top three spots on the hot-markets list. And while the latter metropolitan area retained the No. 1 position in February, Midland, Texas jumped into the second spot last month, pushing down Vallejo and San Jose to No. 3 and No. 4, respectively.

BAY AREA HOME PRICES INCREASE FOR 70TH CONSECUTIVE MONTH
Bay Area home prices have been rising for nearly six straight years, and the region’s well-documented inventory drought is likely to cause that trend to continue for the foreseeable future.

Citing CoreLogic data, The Mercury News reports that the median sales price for a Bay Area home was $712,000 in January, an annual gain of 11.8 percent and the 70th consecutive month of year-over-year appreciation. Silicon Valley saw substantial price gains from January 2017 — 30 percent in San Mateo County and 24 percent in Santa Clara County. Since the housing market regained its footing in 2012, appreciation has exceeded 80 percent in Alameda, Contra Costa, Santa Clara and San Mateo counties.

One local real estate professional told The Mercury News that buyers in some highly sought-after Silicon Valley communities are currently paying premiums of up to 50 percent. And due to substantial planned expansions by several large tech companies and rising stock prices, industry professionals expect prices to continue their upward trajectory.

ALAMEDA COUNTY CITY NAMED ONE OF 10 BEST U.S. PLACES FOR FAMILIES
The year 2018 is just two months old, and Alameda County’s Fremont has already earned accolades for its health-conscious ways and high salaries. Now, the city is being lauded as one of the 10 best places in America to raise a family.

A recent SmartAsset analysis ranks the nation’s most family-friendly communities on a 100-point scale based on criteria such as housing costs, high-school graduation rates, job markets, and child-care costs. Based on those factors, Fremont ranks as the No. 9 best city to raise a family, with a score of 79.46. SmartAsset notes that while Fremont has high housing costs, it also has the lowest poverty rate of any city included in the study, at 5.3 percent.

San Jose was the only other California city to crack the family-friendly list, coming it at No. 25. San Jose ties Fremont for the highest annual child-care costs in the nation and also has the most expensive housing costs when compared with residents’ yearly incomes.

A blog post from Indeed.com names the top American companies for pay and benefits after analyzing nearly 18 million employee reviews on its website. Health-care company Kaiser Permanente ranks No. 2 in the U.S. for overall compensation, with employees praising the Oakland-based firm’s very high pay for the sector.

Indeed says that Cupertino‘s Apple offers the fifth-best compensation package in the country, noting benefits such as on-campus fitness centers and doctor’s offices, along with top-notch food. Santa Clara-based semiconductor maker Intel was the Bay Area’s other representative, coming in at No. 12.