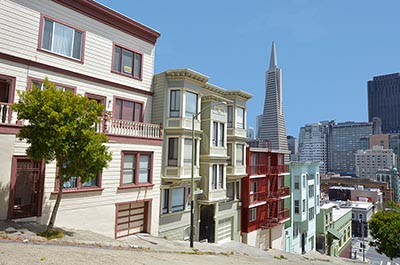 That’s according to realtor.com’s latest monthly list of the 20 hottest U.S. real estate markets as gauged by listing views on its website and the fastest pace of sales. San Francisco has unseated San Jose as the nation’s hottest market in January, returning to a spot it held for multiple months in 2016 and 2017. San Jose fell to the No. 2 position, while Vallejo held steady at No. 3. All three Bay Area cities had stints at the top of the hot-markets list last year.

MILLENNIAL HOMEBUYERS FLOCKING TO SANTA ROSA
While many millennials are priced out of the Bay Area’s most expensive real estate markets, Santa Rosa has seen a notable influx of younger homebuyers over the past decade.

An analysis by SmartAsset ranks the 25 most popular U.S. housing markets for millennials on a scale of 100 based on homeownership rate in 2016 and change in the number of younger owners since 2007. Based on those criteria, Santa Rosa ranks. No. 7 for millennial homebuyers, tying three other cities with a score of 88.68.

DOOR COMPONENTS DESIGNED TO KEEP HOMEOWNERS HEALTHY
While it can be difficult to discern where exactly you picked up that nasty cold or flu bug, one builder is trying to make sure that sickness does not come from a doorknob in your home.

KB Home has announced that it has partnered with door hardware manufacture Kwikset to introduce a new line of products designed to fight household germs. The health-conscious hardware will incorporate Microban protection, a coating designed to repel bacteria on doorknobs, locks, and latches. KB Home says that the protection will last for the products’ lifetimes.

The new door components are part of KB Home’s Healthy Homes program, which has previously introduced products such as environmentally friendly paint and high-efficiency home-ventilation systems.

MORTGAGE RATES RISE FOR THIRD STRAIGHT WEEK
Mortgage rates rose to the highest level in 10 months last week, though they are still lower than they were at the same time last year.