Skip to content
Real Estate Roundup: U.S. Homes Are Selling Faster Than Ever This Spring 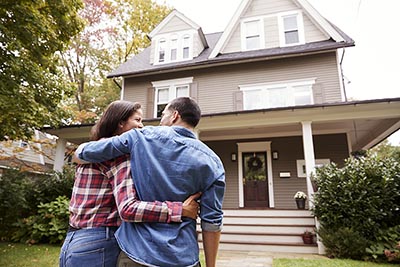 Both homebuyer demand and tight inventory conditions continued in April, holding back sales and causing properties to fly off the market.

The latest monthly existing home sales report from the National Association of Realtors says that U.S. properties sold in a median 26 days in April, down on both a monthly and yearly basis and the fastest pace of sales since the organization began tracking that data. Nearly 60 percent of homes sold were on the market for less than a month, a record high.

There were 1.80 million homes for sale in April, down by 6.3 percent on a year-over-year basis for the 35th straight month of annual declines. America’s persistent housing inventory shortage drove up the median sales price for the 74th consecutive month to $257,900. A lack of homes for sale also constrained sales, which declined slightly on both a monthly and yearly basis.

“With mortgage rates and home prices continuing to climb, an increase in housing supply is absolutely crucial to keeping affordability conditions from further deterioration,” NAR Chief Economist Lawrence Yun said. “The current pace of price appreciation far above incomes is not sustainable in the long run.”

FIRST-TIME HOMEBUYERS WOULD GIVE UP A LOT FOR A DOWN PAYMENT
Saving for a down payment is frequently cited as one of the biggest hurdles for first-time buyers, and potential homeowners would be willing to make significant sacrifices to amass one.

Survey results from Unison found that nearly half of prospective buyers would give up their dream car for a gifted 10 percent down payment that they would not have to pay back. Roughly 40 percent of those polled percent would skip dining out or taking a vacation for the next five years, and 22 percent would even forgo their right to vote.

Like numerous other real estate industry surveys and studies, Unison found that the down payment is the most common reason that Americans have not yet bought a home, cited by 46 percent of respondents. Other significant challenges include a poor credit score (37 percent), the cost of a monthly mortgage payment (32 percent), and a shortage of properties on the market (25 percent).

WHAT KIDS WANT IN THEIR NEXT HOME
More than half of American homeowners took their children’s opinion into account when they bought, with millennials even more likely to let the kids have a say.

That’s according to a poll commissioned by SunTrust Mortgage, which found that 55 percent of homeowners with a child under the age of 18 factored in their kids’ thoughts when they purchased their property. Nearly three-quarters of millennials — defined as those under the age of 36 — said that their children’s opinion influenced their homebuying choice.

So what requests are mom and dad fielding when they hit the open-house circuit? More than half of children (57 percent) want their own room; 34 percent want spacious backyards; and about 25 percent desire to be near parks, their school, and their friends.

Freddie Mac’s latest Primary Mortgage Market Survey says that 30-year, fixed-rate mortgages moved up to 4.66 percent for the week ended May 24, up on both a monthly and yearly basis. Rates have risen in 15 of the first 21 weeks of 2018, the longest such streak since the company began tracking data in 1972. And rising rates could exacerbate the country’s already problematic housing supply crunch.

“At a time when housing inventory remains extremely low, it’s worth watching whether these higher borrowing costs lead some would-be sellers to stay put in their current home,” Freddie Mac Chief Economist Sam Khater said. “Inventory shortages would likely worsen if more homeowners decide not to sell out of reluctance of having a new mortgage with a higher rate.”