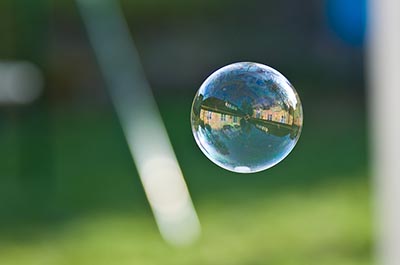 Although home prices should continue to increase for the rest of the decade, a bubble does not appear imminent nationwide, in California, or in the Bay Area.

That’s according to Arch MI’s latest Housing and Mortgage Market Review report, in which company analysts wrote “Home prices in the U.S. currently do not appear to be overvalued based on the historical relationship between home prices and incomes.” Before the housing crisis, U.S. home prices were 22 percent overvalued, then fell to levels that were 12 percent undervalued in 2012. Currently, Arch MI estimates that home prices are now 10 percent to 15 percent undervalued because of mortgage rates that remain near record lows.

The company does not foresee a housing bubble on the horizon across the U.S. or most cities. Warning signs of a housing-market bust — including too much buyer debt, inferior-quality loans, and overly rapid price appreciation — do not currently exist. The forecast echoes findings from a Freddie Mac report published last fall that also downplayed the possibility of another bubble.

Using data from the third quarter of last year, Arch MI’s Risk Index puts only three states at moderate risk for price deprecation by the end of 2019: Alaska, North Dakota, and Wyoming. California is one of 41 states that the company’s metric rates as minimal risk, with just a 3 percent chance of prices falling over the next two years. Golden State home prices increased by 7.9 percent year over year in the third quarter of 2017.

Nationwide, the company expects home price appreciation of 2 percent to 6 percent over the next couple of years due to buyer demand that will continue to exceed tight supply conditions. Strong job growth and the aforementioned low mortgage rates should also fuel price gains.

Other housing predictions found in Arch MI’s report: the recent tax changes will impact high-priced markets like California the most; affordability will continue to deteriorate due to rising interest rates and home prices; and fewer homeowners will decide to move.