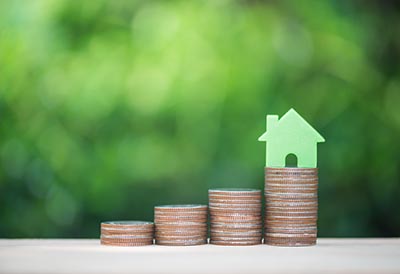 A seemingly tiny uptick in home prices can push a much larger number of prospective buyers out of the market, while rising mortgage rates have an even bigger impact.

That’s according to the National Association of Home Builders’ “priced out” estimates for 2019, which demonstrates how price appreciation and higher mortgage rates affect U.S. housing affordability. Currently, 32.7 million U.S. households can afford to buy the median-priced $355,183 new home assuming a 30-year, fixed-rate mortgage of 4.85 percent and a 10 percent down payment.

But add just $1,000 to that median sales price, and 127,560 households would no longer qualify for a mortgage, assuming that they would spend no more than 28 percent of their gross income on payments. A $1,000 bump in prices would cut out nearly 10,000 California homebuyers out of the market, the second-highest number in the U.S. behind Texas.

Supplemental NAHB estimates show that the extra $1,000 would push out more than 1,000 potential homebuyers in San Francisco and about 700 in San Jose. The impact is of the increase is similar in Los Angeles, where almost 1,700 additional buyers would be unable to afford a home.

Additionally, buyers should be aware of how much seemingly small mortgage-rate increases cut into housing affordability. An uptick in rates from 4.85 percent to 5.10 percent means that nearly 1 million additional households would be pushed out of the market.

Prospective homebuyers who have been sitting on the fence waiting for prices to cool should keep a close eye on mortgage rates. According to the latest data from Freddie Mac, 30-year, fixed-rate mortgages averaged 4.45 percent for the week ended Jan. 10, the lowest level in nine months. In a statement accompanying the numbers, Freddie Mac Chief Economist Sam Khater said that the decline in rates led to jump in mortgage applications and that lower rates should help boost home sales activity in the coming months.