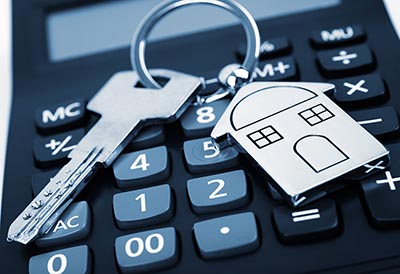 Rising mortgage rates are reducing housing affordability and cooling buyer demand, which should cause price appreciation to moderate in the coming year.

CoreLogic’s latest Home Price Insights report says that U.S. home prices were up by 5.1 percent year over year in November, and the company projects that annual growth will slow to 4.8 percent by the same month in 2019. In a statement accompanying the report, CoreLogic Chief Economist Frank Nothaft noted that 30-year, fixed-rate mortgages reached their highest level in almost eight years in December, and that the resulting diminished affordability conditions are causing home sellers to lower their asking prices.

Even as buyers gain a bit more traction, current owners are confident about their properties’ values thanks in part to a thriving U.S. economy; 16 percent of Americans that CoreLogic surveyed pointed to improving national and local economies as the reason that they believe their home’s value is increasing. Still, company President and CEO Frank Martell said that if the recent volatility in the stock market rattles consumer confidence, buyers may gain even more of an edge as the year progresses.

Every state but North Dakota posted annual home price appreciation in November, with only Nevada and Idaho putting up double-digit-percent gains. California’s home price growth ranged between 3 percent and 6 percent but it was not among the 10 states with the highest year-over-year appreciation.

Home prices in the San Francisco metropolitan area were up by 5.9 percent from November 2017, the third-largest gain in the 10 major areas for which CoreLogic tracks data. Los Angeles home prices posted a 5.3 percent increase from the same time last year.

Although CoreLogic does not offer annual home price growth predictions by state or metro area, analysts at John Burns Real Estate Consulting project that new home price growth will slow substantially in 2019 compared with 2018 in all major Bay Area housing market: San Francisco (1.1 percent), the East Bay (1.8 percent), and San Jose and Santa Rosa (both 2.0 percent). New home prices in Los Angeles are projected to depreciate by 1.7 percent in the coming year. The company forecasts that price growth for existing homes between December 2018 and December 2019 will register about 4 percent in those four Bay Area regions and 1 percent in Los Angeles.